The next season of “Formula 1: Drive to Survive” is coming to Netflix Feb. 24, the streaming service confirmed Thursday via Twitter.

The series’ fifth season will focus on the 2022 F1 racing season, which saw the implementation of sweeping rules changes that brought new car designs and cost caps. These changes were aimed at closing the gap between the richest teams and the rest of the field to create closer, more unpredictable racing.

Red Bull was later found to be in violation of the new cost cap rules; the team was fined for its cost cap breach but allowed to retain the championship title. That could provide from drama for this season of “Drive to Survive,” along with a driver shuffle that saw McLaren and Alpine fighting to secure Oscar Piastri to fill seats being vacated by Daniel Ricciardo and Fernando Alonso, respectively. 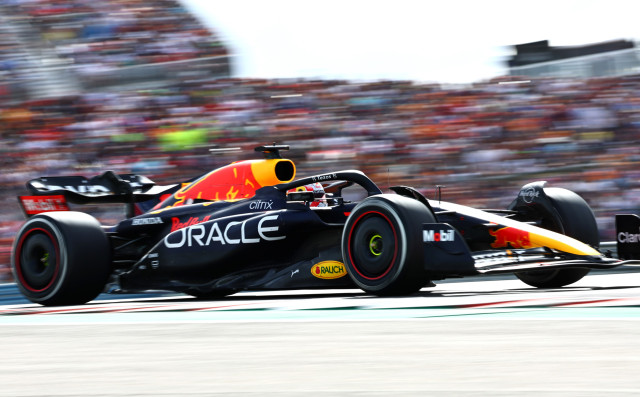 F1 management confirmed in May 2022 that “Drive to Survive” would continue for fifth and sixth seasons. The show relies on close cooperation from F1 and the teams to allow a high level of behind-the-scenes access, but strong ratings for season four, which documented the close championship fight between Verstappen and Lewis Hamilton, convinced F1 management to commit to two more seasons.

F1 CEO Stefano Domenicali has said the Netflix series’ future isn’t guaranteed, saying in a 2022 interview that “Drive to Survive” must add value to F1 to continue. So a lot will ride on how this latest season is received by viewers.

Here’s what the Fed interest rate hike means for …

Here’s when the Shamrock Shake will return to McDonald’s

Here are the key changes the College Board is making …

City of Tyler to wave pet adoption fees for food …

1 taken to hospital after Longview shooting

More than 49,000 without power in East Texas

On the trail of East Texas’ buried treasure

On the trail of East Texas’ buried treasure

More than 49,000 without power in East Texas

Nominate an Athlete of the Week